No products in the basket.

The six Elan Valley dams, located 3 miles from Rhayader on the southern edge of the Cambrian Mountains in Mid Wales are one of the greatest civil engineering achievements of the late 19th and early 20th century, providing the water supply for the City of Birmingham. The dams are the biggest draw to the Elan Valley and they offer a stunning year round backdrop for motorcyclists, walkers and photographers. With the exception of Dol y Mynach all the dams are also accessible by motorcycle.

There are four dams on the River Elan; Craig Goch, Pen y Garreg, Garreg Ddu, and Caban Coch. The River Claerwen has the newest (and largest) Claerwen Dam with the unfinished Dol y Mynach Dam also found in this valley. During your guided tour with Redee, you will embark on 220 miles of beautiful countryside lanes visiting some of the most stunning views of the reservoirs and dams alike. As well as keeping your bike fuelled, we will ensure we visit some of the best known biker friendly cafes along the route to give you plenty of opportunity to refuel yourself along the way.
The tour runs throughout the year, simply book yourself onto the next tour for a fantastic adventure, with great riding roads suitable for all riders. From riders just starting out, to the more experienced rider – there is something for all. If you need to book beyond the dates we have advertised please give us a call to discuss your requirements. 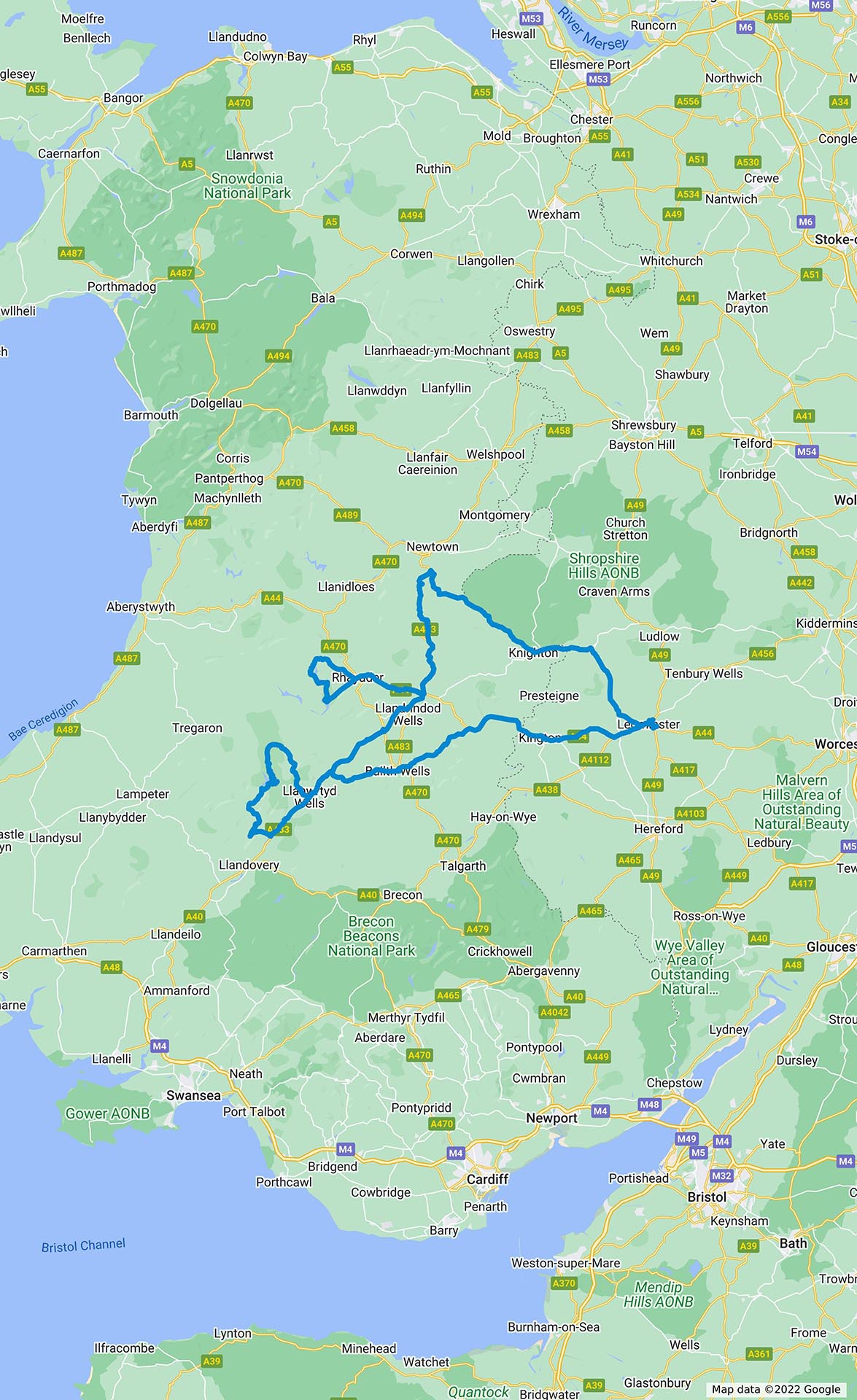 Contact our friendly team who are more than willing to help.

We use cookies on our website to give you the most relevant experience by remembering your preferences and repeat visits. By clicking “Accept All”, you consent to the use of ALL the cookies. However, you may visit "Cookie Settings" to provide a controlled consent.
Cookie SettingsAccept All | Read More
Manage consent

This website uses cookies to improve your experience while you navigate through the website. Out of these, the cookies that are categorized as necessary are stored on your browser as they are essential for the working of basic functionalities of the website. We also use third-party cookies that help us analyze and understand how you use this website. These cookies will be stored in your browser only with your consent. You also have the option to opt-out of these cookies. But opting out of some of these cookies may affect your browsing experience.
Necessary Always Enabled
Necessary cookies are absolutely essential for the website to function properly. These cookies ensure basic functionalities and security features of the website, anonymously.
Functional
Functional cookies help to perform certain functionalities like sharing the content of the website on social media platforms, collect feedbacks, and other third-party features.
Performance
Performance cookies are used to understand and analyze the key performance indexes of the website which helps in delivering a better user experience for the visitors.
Analytics
Analytical cookies are used to understand how visitors interact with the website. These cookies help provide information on metrics the number of visitors, bounce rate, traffic source, etc.
Advertisement
Advertisement cookies are used to provide visitors with relevant ads and marketing campaigns. These cookies track visitors across websites and collect information to provide customized ads.
Others
Other uncategorized cookies are those that are being analyzed and have not been classified into a category as yet.
SAVE & ACCEPT